In December 2018, social housing provider Tai Tarian and South Wales Police, supported by the Commissioner Team, joined forces to open a community office in the Melyn area of Neath and now the unique approach has been recognised in the UK Housing Awards 2019.

The awards, which celebrate excellence in housing, will be held on Wednesday 1st May in the Grosvenor Hotel, London, and representatives from the each of the partners involved in the project will be present as finalists within the ‘Professional Services Partner of the Year’ category.

As well as improved information sharing, the joint approach, named ‘Better Together’ centres upon a community office that has been established within the Bush Row housing area, that is open three times a week for local residents to pop in to chat with housing staff from Tai Tarian and local police officers about any housing, policing or safety issues, specifically in the Melyn and Pencaerau areas.

A three month evaluation of the impact of the project since the opening of the Bush Row community office highlighted a 16% decrease in the volume of incidents reported to South Wales Police, with residents and local businesses quick to acknowledge the improvements it has made to the local area since its implementation in December, with comments including:

This initiative forms part of an on-going partnership between Tai Tarian and South Wales Police which gathered momentum through 2018, with particular emphasis on addressing the rise of county lines drug crime in the area.

“By drawing on the resource, knowledge and expertise within the Commissioner Team, South Wales Police and Tai Tarian, benefits are being realised, not only by each agency but more importantly in helping people to feel safe and confident within their homes and the local community.”

“We have worked closely with South Wales Police on this project for several months and w are delighted to have a base in a central location for people to come and talk to us about their concerns.

“We have already taken a hard stance with any people found to be dealing or connected to drugs living in our properties and this partnership sends a strong message that such crimes will not be tolerated in our communities.”

“Working in partnership with Tai Tarian sends a strong message to the community that we are here, we are doing what we can and we will fight back against anti-social behaviour.

“Having a community presence is important for us, so this community office, in a central location is the ideal way for members of the Melyn and Pencaurau communities to talk to us about their concerns.” 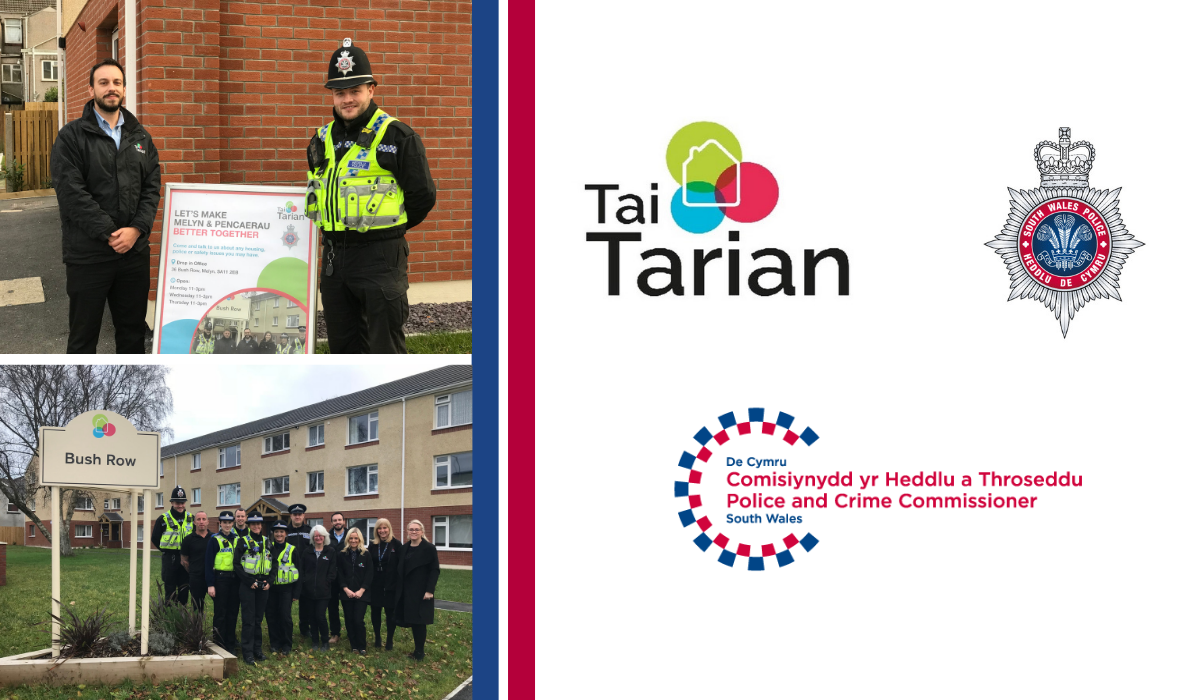 The South Wales Police and Crime Panel has agreed to increase the police precept which will be used to tackle serious violence and organised crime, to…