Independent Learning Review into the events at Mayhill publishes its findings

The panel that conducted an Independent Learning Review into the events at Mayhill and Waun Wen in May 2021 has published its findings today.

We welcome the report and we would like to thank the panel for their work in undertaking the review.

South Wales Police and Swansea Council will be working with partners to implement the report’s recommendations and to continue supporting the families and communities affected by these events.

The panel’s report is available here

"As we publish the extremely helpful report of the Independent Learning Review, led by Professor Elwen Evans QC, Chief Constable Jeremy Vaughan has given a clear and straightforward apology for shortcomings on the night of May 20. I welcome his statement.

"The most important people in this are the local residents, particularly those who were direct victims of criminal violence or antisocial behaviour and it is to them that the Report, the apology and our responses are directed today. The scenes we saw in Mayhill on May 20 were truly shocking and led to detailed investigations which I sincerely hope will lead to court cases shortly. A full file of evidence has been submitted to the Crown Prosecution Service and is under active consideration.  It is with the local community that local police have sought to reconnect and build confidence and I pay tribute to the way in which the community itself rallied and united in the face of the terrible events of that night.  But none of that detracts from the importance of the Report and its findings.

"Our priority now is to act on the findings of the Report so with the support of the Chief Constable I have asked the College of Policing to provide external expertise and professional oversight to the on-going learning of South Wales Police, using the recommendations of the Independent Learning Review for that work, so that I can be satisfied that all necessary improvements have been made. If issues can be addressed now they will be, although some issues may have to wait until the court cases have been completed.

"I believe that we will all benefit from the decision taken by myself and the Chief Constable jointly with the Leader and Chief Executive of Swansea Council to commission the Independent Learning Review together rather than waiting until after the end of court processes.  I look forward to us working with the Leader and the Council on issues that require cooperation and partnership rather than being matters for a single agency.

"South Wales Police has a well-justified international reputation for handling major events as well as for local policing and working with partners to reduce crime and harm. Officers take great pride in that and rightly so.   On this occasion South Wales Police got their response wrong and the test of quality is to accept criticism when it is justified and to tackle the issues head on.  That is what is happening now.

"I know how keen people are to ask why specific events happen but from previous experience – I was a member of the Home Affairs Select Committee investigating the London Riots of 2011 – I know it is often easier to frame the question than to find answers.  In this case, it seems evident that there was no single cause of the disorder and that there is a complex set of circumstances behind what happened.

"Finally I thank the Council for their partnership and Welsh Government Ministers Jane Hutt MS and Rebecca Evans MS for supporting the Review."

The response from South Wales Police can be found here

The response from Swansea Council can be found here 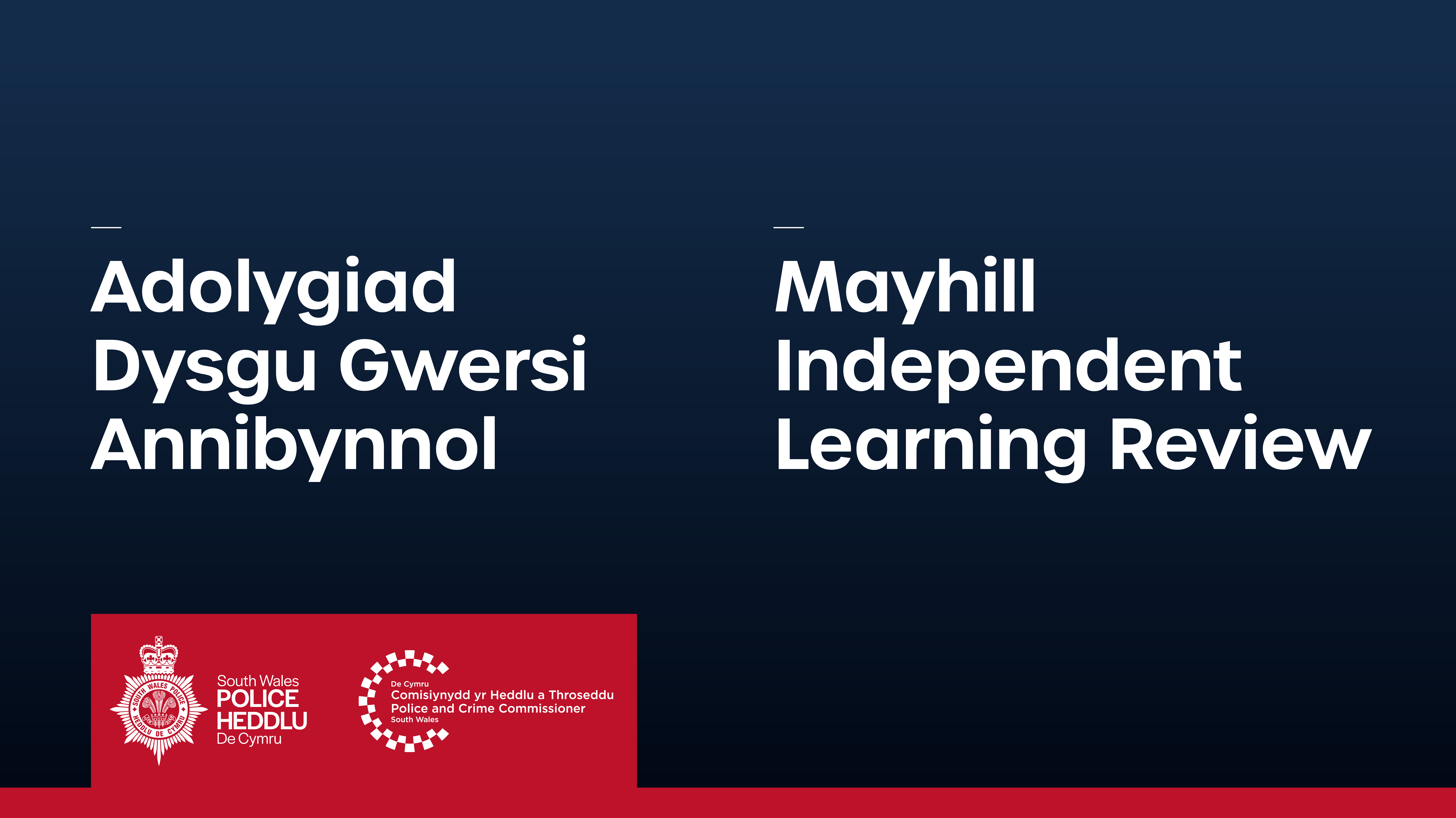