An independent joint review is being set up as part of measures to support a Swansea community.

The review will be led by a three-member panel chaired by a QC, Prof Elwen Evans, alongside vice-chairs police expert Martin Jones and local government expert Jack Straw.

Communities in Mayhill and Waun Wen have been working closely with Swansea Council and South Wales Police to support local people following disturbances there on May 20.

Residents, community leaders and the authorities came together to provide assistance to the close-knit community and provide a range of immediate support to those affected by the incident on May 20.

And, while the criminal investigation continues Swansea Council with the Police & Crime Commissioner and the Chief Constable have announced there will be an independent joint learning review to find out more about the background to the occurrence and to learn lessons for the future.

The review is supported by the Welsh Government, which has welcomed the local leadership shown by the Council and the Police.

“The unlawful disturbances we saw were shocking. They were the actions of yobs and criminals and were in no way a true reflection of the wonderful communities of Mayhill and Waun Wen - or of the majority of the people of Swansea.

“We took immediate action to support residents after the disturbances and we are still working side-by-side with families, young people, local councillors and community leaders in the recovery.

“However, it’s essential that we take the opportunity to answer the questions the community have asked and learn more about the background to this incident, what happened on the night and the immediate aftermath.

“Events like those we witnessed in Mayhill and Waun Wen are thankfully extremely rare and the independent review offers us an opportunity to learn lessons to further prevent incidents across Wales in the future.”

“It is important for us to understand how and why these events happened in Mayhill, how each agency responded and to use the outcome of the learning review constructively for the future.

“It’s important to note that straight away the Council’s Leader and Chief Executive met myself as the Police & Crime Commissioner and the Chief Constable and we agreed to work together to appoint an independent Chair for the Learning Review.

“The review will examine what led up to that incident, whether it could have been predicted and the way in which agencies responded to support the local community and restore confidence after the event. It is being established with the support of Welsh Government, who are providing finance to enable the review to take place.

“An independent legally qualified chair is being appointed, supported by two vice chairs; one with past experience of senior leadership in local government and the other with senior command experience within policing. This review will build on internal reviews already conducted by individual organisations into the event. It will also look at how members of the community responded and supported each other after the incident.”

“Working with the community it will assist us in developing long-term plans to continue to support the area in recovering from what happened.”

Residents directly affected by the disturbances as well as community groups and leaders will be invited to give feedback to the inquiry panel.

Cllr Stewart said that over the last decade the council had continued to invest heavily in the area despite years of U.K. national government austerity. Around £50m was invested in improving housing in the area.

Last year a £500,000 refurbishment of the local Seaview Primary School was completed and the local youth club in Townhill received £80,000 of support. A £2m state-of-the-art family centre and GP surgery was opened at Mountain View in Mayhill in 2018. More investment is being delivered now in better community facilities and community services.

“Since May 20 we’ve seen the true spirit of the Mayhill community and its neighbouring Townhill area emerge with residents supporting each other and working with the council and local councillors to address some of the immediate issues.

“I thank them, council staff, local schools, the police and other agencies who’ve stepped up to the plate with support to help those affected and help the wider community feel safe.”

Professor Elwen Evans QC is Pro Vice Chancellor and Executive Dean for the faculty of Humanities and Social Sciences. She also holds the University portfolio for Welsh Language and Culture.

Elwen has enjoyed a very successful career as a barrister choosing to practice mainly in Wales. She has undertaken a wide range of legal work, specialising in criminal law at trial and appellate levels. She sits as a Crown Court Recorder having been appointed in 2001. She is a Bencher of her Inn, has been honoured by Gorsedd y Beirdd for her services to Law in Wales and was a Commissioner on the Commission on Justice in Wales. She has served on a wide range of external bodies and committees reflecting her areas of professional experience and interest. In 2018 she was in the top 10 of a list celebrating 100 of Wales’ most inspirational women.

Elwen joined Swansea University in 2015 when she was appointed as Head of the College of Law & Criminology where she supported its growth and transformation into an exciting and dynamic centre for learning, teaching, research, impact and engagement. Today, the University’s Hillary Rodham Clinton School of Law is recognised as being at the forefront of innovation in legal education and practice.

Mr Straw has worked in a range of public sector posts since 1973.

He began his career at Nottingham City Council and moved to Coventry City Council before joining Swansea City Council in 1989. He joined the NHS in 1993, holding a number of senior posts including Finance Director, General Hospital Manager and Chief Executive of the Local Health Board.

He returned to local government as Director of Social Services at the City and County of Swansea and held a number of senior posts before being appointed Chief Executive in 2011.

Since leaving Swansea Council in 2016, Mr Straw has worked as an independent consultant specialising in service improvement across the public sector.

Martin Jones is a retired Chief Superintendent who served with South Wales Police for over 30 years. He graduated in law at the University of Lancaster in 1988 and later that year he was posted as a constable to Barry, South Wales.

Over his police career Martin has held command positions across the South Wales Police area for over 20 years. This Command has been in both local police areas (or Command units ) and also within various strategic functional arenas across South Wales. The latter include him becoming the first Lead for a centralised Custody Service for South Wales and more recently leading the Forces Change Team. He has operational experience as an accredited firearms commander for 20 years, commanding numerous firearm incidents as well as undertaking various roles within local, operational command teams, across Barry, Bridgend, Neath, Port Talbot and Swansea.

He has a strong background in partnership and cross agency working, and spent time within the South Wales Police Community Safety Department, leading on community engagement and cohesion strategies across the region.

He has more recently worked as part of several strategic Partnerships across South Wales, both as part of formal Safeguarding structures and broader strategic work within Public Service Boards, latterly in Swansea, Neath and Port Talbot. 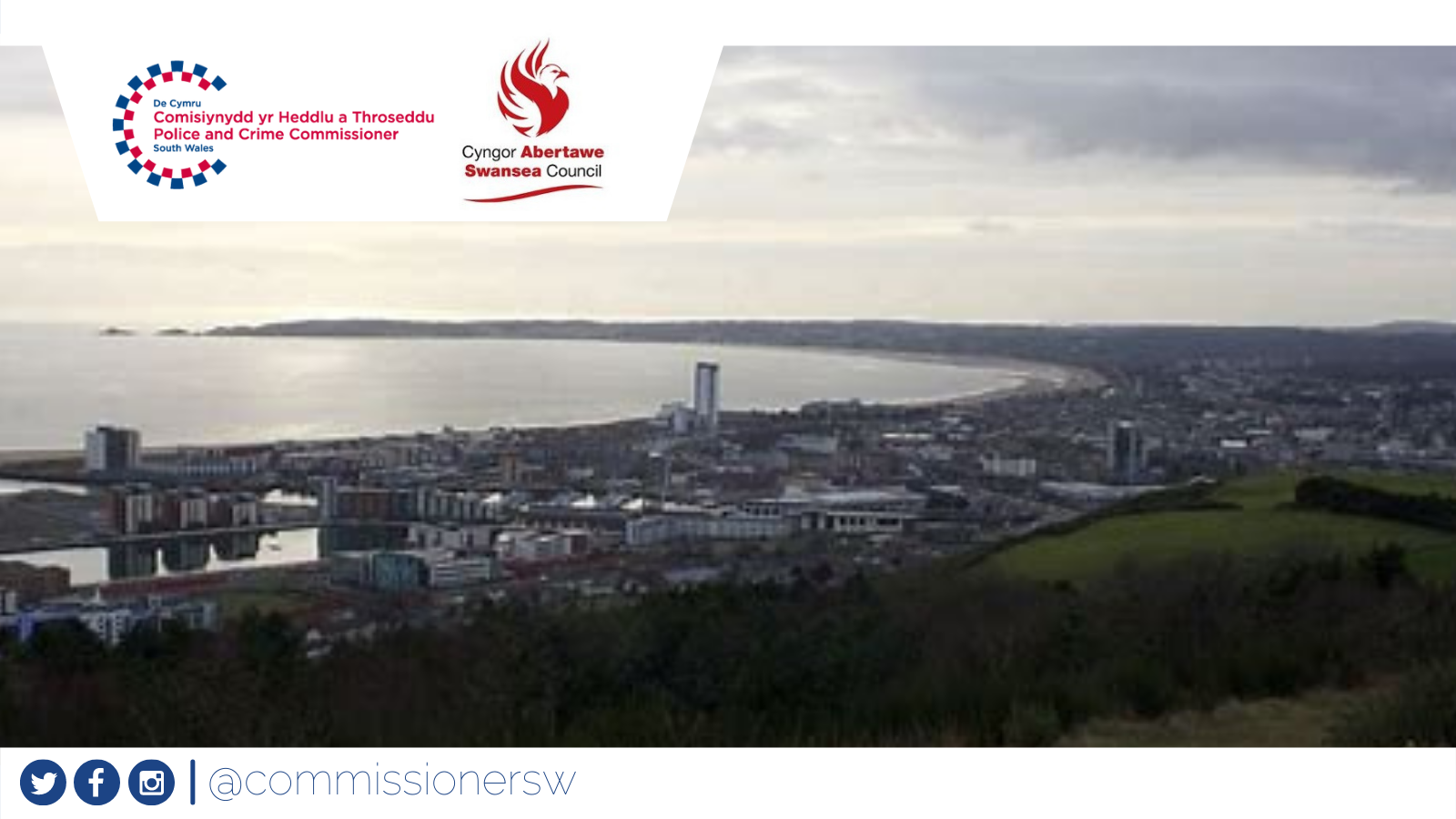 The Welsh Government have announced additional funding to provide a 100 Police Community Support Officers to tackle crime and support communities.