The South Wales Police & Crime Commissioner Team has received a national Silver award for the quality of its independent custody visiting scheme.

The inaugural Independent Custody Visiting Association (ICVA) Quality Assurance awards were presented at a ceremony at the House of Lords on Wednesday 15th May.

The ICVA is the national organisation which supports, leads and represents locally-run custody visiting schemes. Each scheme manages teams of independent volunteers who visit those detained in police custody, with volunteers making unannounced visits to police custody to check on the rights, entitlements, well-being and dignity of detainees held in police custody. Their findings are then reported to the Police & Crime Commissioner who in turn holds the Chief Constable to account.

The Quality Assurance awards were introduced by the ICVA to help the development of schemes:

There were four graded levels of award:

Within each level, there were more than 25 sets of criteria covering key areas such as holding the force to account, and requiring evidence to support each assessment. For Silver and Gold levels, schemes had to get their submissions peer assessed and the ICVA assessed each submission for a Platinum award.

“Volunteering brings enormous benefits to any community as well as to the volunteers themselves and those they help. That is true even of aspects of volunteering which are less obvious than most, such as those volunteers who monitor our custody suites, our prisons and our courts. They do not have a high public profile, in large part as they are operating in places that most of us never see. This award presents an opportunity to recognise the selfless ‘essential act of citizenship’ in helping to ensure that the rights and welfare of detainees in police custody are properly upheld and maintained in line with our wider commitment to human rights and a just society.

“This is a great opportunity to give public thanks to all of our independent custody visitors and members of my own team for their contribution and commitment in helping to achieve this Silver award for our South Wales visiting scheme.”

“These awards recognise the standard of the scheme being run in the area, and help drive up the standards of our schemes across the UK.  Warm congratulations to all of the winners.”

"Independent custody visiting schemes ensure that the public have oversight of a high pressure and often hidden area of policing.  These awards demonstrate how local schemes use volunteer feedback to make change and ensure that police custody is safe and dignified for all.  I congratulate schemes on their accomplishments." 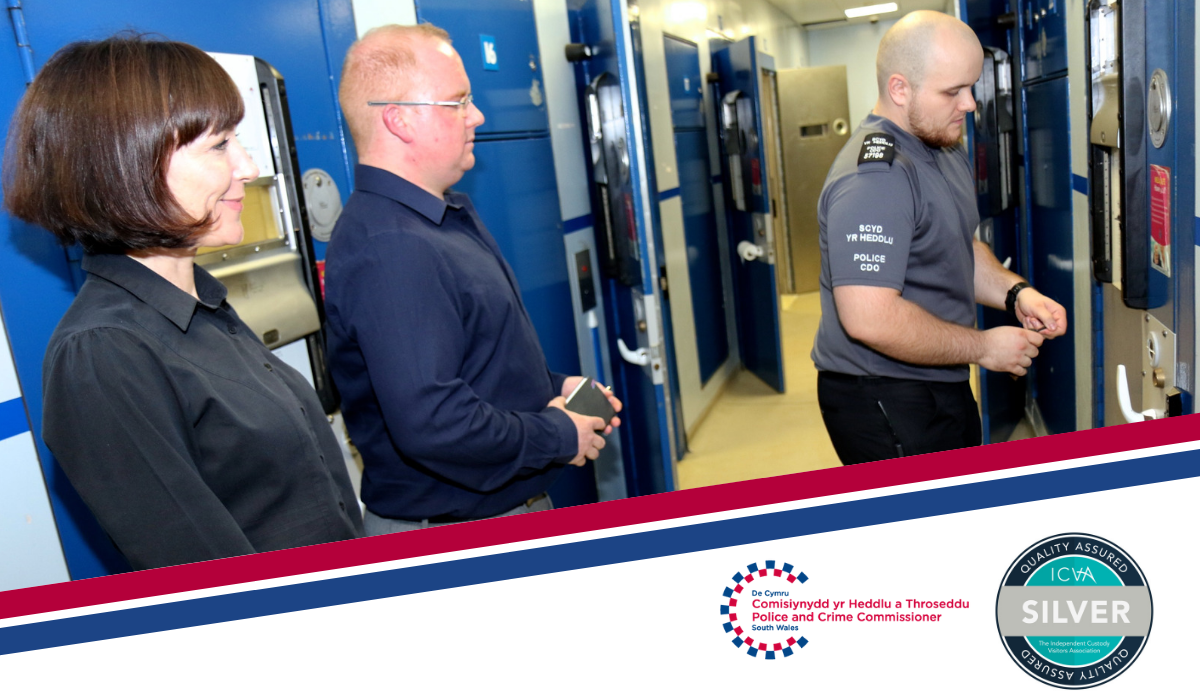