“Despite the ongoing challenges that Covid still presents, our commitment to mark the day and acknowledge the sacrifices of all those who have died in military service, or whilst serving our communities remains.

“It was heartening once again to have the opportunity to welcome those who have lost loved ones to our annual service, and to be able to show our gratitude and reflect on the sacrifice that was and which continues to be made by so many.

“As in previous years we also paid tribute to all those who so selflessly gave their lives from our predecessor forces during the World Wars. They served in the Royal Navy, the Army and the Royal Air Force, and in the Merchant Navy. Some died whilst on duty as police officers.”

Among those fallen officers was Glyn David Rhys-Williams, who led his battalion to success through inspirational leadership and bravery during the Second World War, during action in Tunisia.

Glyn was shot and killed by a sniper as he was leading a final assault in April 1943.

Glyn's story, just one among countless examples of bravery, was recounted during this morning's service.

“Our service of Remembrance is a time to ensure the contributions and sacrifices of so many are never forgotten, particularly those who so selflessly gave their lives. We will remember them.”

“Together with communities across South Wales and beyond, we have taken a moment to pause in quiet reflection, to remember all those who have made the ultimate sacrifice in the interests of those they left behind. In our Services of Remembrance we explain why we are there with the words ‘lest we forget’ and it’s important for this to be about individual men and women whose lives were cut short through the brutality and tragedy of war.

“When Britain entered the First World War in 1914 following Germany’s invasion of Belgium few predicted that it would be a war the likes of which had not been seen before. Millions fought and died.

“Several hundred police officers from our predecessor forces of Glamorgan, Cardiff, Swansea, Merthyr and Neath served in the armed forces and 90 officers died. Many more were wounded. Some were recognised for their gallantry.

“On the 11th November we remember them all as we mark the end of hostilities on that day in 1918, and we remember too all those who died in the Second World War and numerous conflicts since then.

“It’s an act of remembrance but a moment of celebration too of their lives and service to the communities of South Wales.”

“It’s vitally important that we continue the tradition of honouring and displaying gratitude to those who so bravely and courageously gave up their lives, and reflecting on the selflessness of those who served.” 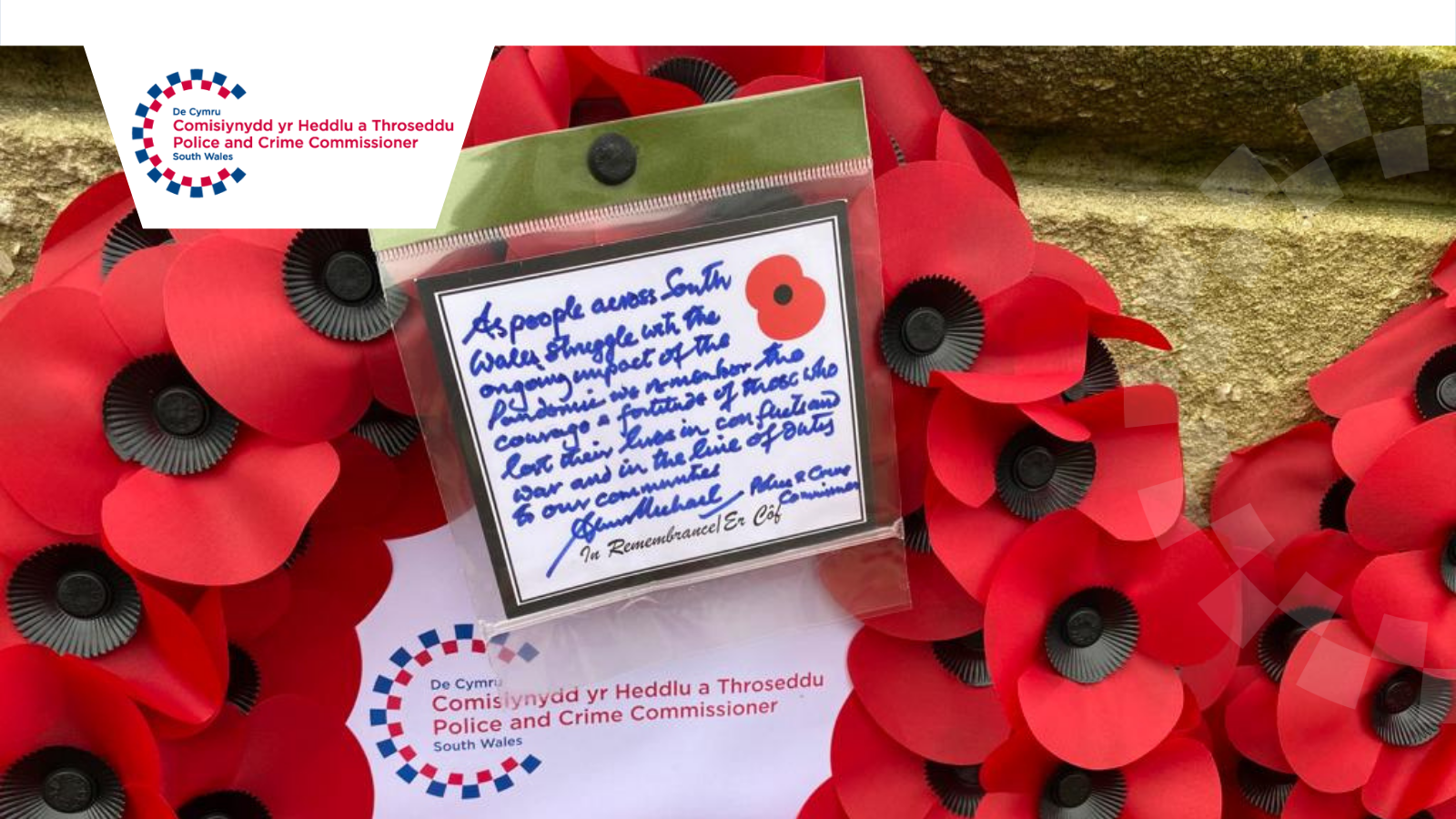