Tackling serious violence – how Commissioners are making a difference

“We have seen significant rises in knife and violent crime across the country, particularly involving children and young people, resulting on too many occasions in the tragic loss of life.

“Our police do an extremely important job in protecting our communities and carrying out robust enforcement against offenders, but it is ultimately through early intervention and prevention work that we can most effectively tackle knife crime and serious violence.

“Nearly a year on from the Government’s Serious Violence Strategy, PCCs are stepping up and implementing a whole series of community safety initiatives. Some of these are driven and fully funded locally, and many others have been developed alongside partnership organisations or supported through the Home Office’s Early Intervention Youth Fund. With additional funding to tackle violent and knife crime announced in the Spring Statement, PCCs will help to coordinate sustainable prevention and early intervention programmes in the areas of most need.

“Whilst we are well placed to adapt and lead local responses to tackling serious violence, we know that, in order to have the greatest impact, a whole system approach is needed. We need to see focused and properly resourced action across a range of areas, including youth services and public health, and as local leaders PCCs have a vital role to play in co-ordinating and making this happen.

“Serious Violence in Focus is a snapshot of the ground-breaking work that PCCs are engaged in with partners across England and Wales and gives excellent examples of how we are really making a positive difference for the public.”

"Reducing violence has been one of my key aims since becoming Commissioner in 2012 and partnership working has been a key component of the innovative public health approach adopted in South Wales to tackle related issues.

"In Wales, our belief in the important role of public service, the fact that co-operation is a core value, and the impetus from the Well-being of Future Generations Act is creating a very different environment to England. South Wales Police is an active champion of this way of working. The key is to work together in a joined-up way with all partners to prevent problems developing, or to prevent them getting worse. This document outlines just some of the work that we have undertaken locally to create a safer South Wales." 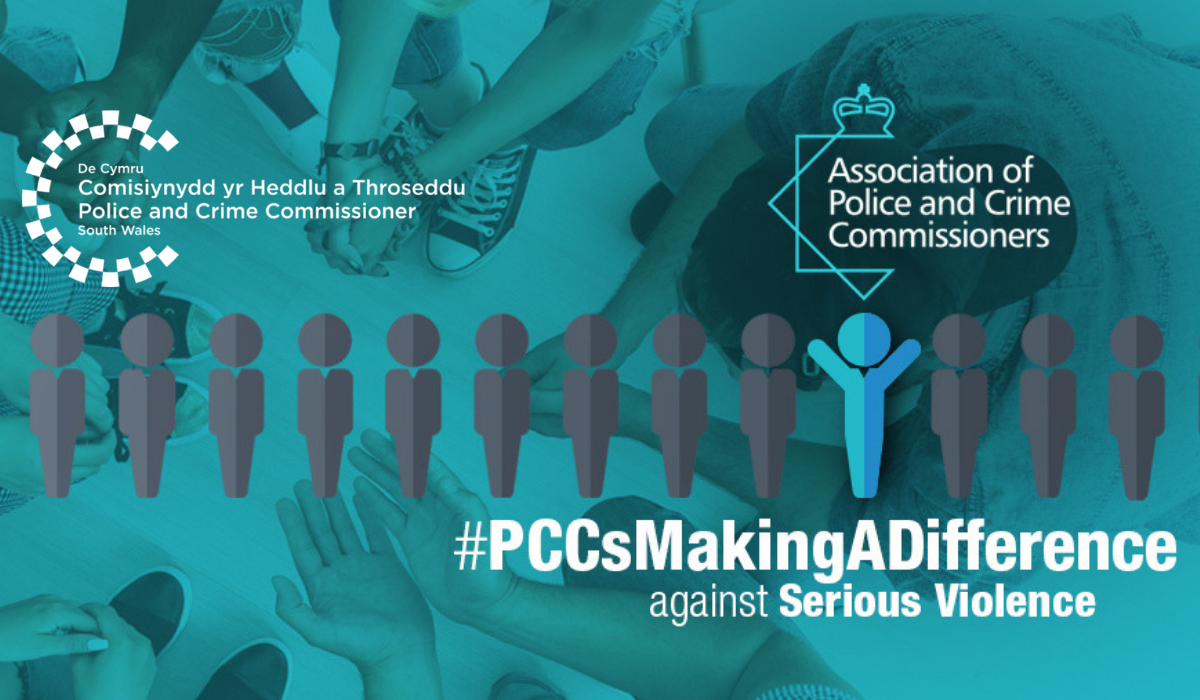 In November 2020, Chief Constable Matt Jukes will take up an appointment with the Metropolitan Police as Assistant Commissioner, initially responsible…

In response to additional measures announced today by First Minister Mark Drakeford to help tackle a rise in cases of Covid-19, South Wales Police and…