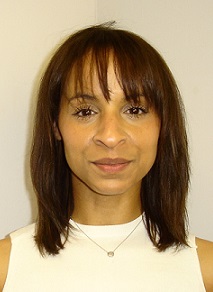 Emma Wools assumed the role of Deputy Police & Crime Commissioner on the 14th November 2016 and is seconded from the National Offender Management Service in Wales (NOMS).

This appointment was ratified by the South Wales Police & Crime Panel on Tuesday 18th October 2016.

The purpose of the role is to support the Police and Crime Commissioner in his work.

Emma has led multi agency teams, working in collaboration with a wide range of internal and external agencies, identifying and implementing opportunities for integrating services across the Criminal Justice System in Wales.

Working for Probation since 2001, Emma began her leadership journey coordinating Integrated Offender Management (IOM) in Cardiff. She was instrumental in developing this beacon of good practice, which contributed hugely to the current partnership landscape in Wales and national strategy and policy. Business Development and IOM Cymru Programme Management roles followed, before her most recent leadership role as Head of Offender Service Integration role, the first leadership role within National Offender Management Service holding responsibilities across Public Sector Prisons, National Probation Service and partnerships.

Having worked in this area for the last 15 years Emma is viewed among colleagues as an ‘expert’ in integrated working and as a result inspires confidence in senior leaders across the partnership. Beyond influencing and enthusing others around NOMS vision and purpose.

Within a very board remit Emma has had the lead for a number of critical areas of work across Wales. These include:

A key contributor to the development and delivery of the Wales Reducing Re-offending Strategy, which has contributed to reduced crime and re-offending across Wales.

Emma leads not just across her own organisation but across the Criminal Justice landscape in Wales and beyond. The potential benefits of integration, collaborative working and more joined up service delivery are huge, however the challenges to achieving this are significant. Influencing this agenda requires a very particular set of skills; an ambitious vision always looking forward; resilience, the ability to secure buy in from leaders at the highest level of organisations and  to adapt her approach to work with staff throughout agencies.

These skills were recently recognised by the Leading Wales Awards 2016, as Next Generation Leader.

The main responsibilities of the Deputy Police and Crime Commissioner are to:

South Wales Police & Crime Commissioner Alun Michael and his team have been successful in their bid for funding worth almost £1.5million to delive…